It’s a bird! It’s a plane! No – wait – it’s a swarm of mosquitoes! As we enter the last weeks of summer, most Dallas residents are likely wondering…when will all these darned mosquitoes go away?? Mosquitoes are a recurring and highly vexing problem for Texans.

Hopefully, we can help a little by answering some of the most common questions that residents of Dallas are currently asking about mosquitoes.

1. What kind of mosquitoes are in Dallas?

Of all the mosquito species around Dallas, the Aedes albopictus is the one that is most commonly complained about. This mosquito frequently bites humans and is often found residing on people’s properties.

More often than not, if you were bitten by a mosquito in Dallas, you just had an encounter with an Aedes albopictus.

Obviously, we’re all aware that mosquitoes are highly irritating. After all, these insects are famous for biting people and leaving itchy, painful welts. But are they actually dangerous?

It may surprise you that mosquitoes are actually considered to be the most dangerous animal in the world.

For decades, concerns over disease-carrying mosquitoes have grown to epidemic proportions. These insects are known to transmit many serious diseases, such as West Nile Virus (WNV) and Zika Virus.

Diseases transmitted by mosquitoes have affected millions of people across the world, and Dallas is no exception. In Dallas County in 2012, 400 people fell ill with West Nile Virus (WNV). Tragically, 20 people died during this outbreak.

Over the last five years in Dallas County, 135 people have been diagnosed with WNV, and 8 people have died.

Another danger associated with mosquito bites is allergic reactions. For some people, a mosquito bite means more than just a temporary red, itchy bump.

In serious cases, severe allergic reactions to bites can require hospitalization and can be life-threatening.

3. When do you see mosquitoes the most?

On an average day, people can expect to encounter more mosquitoes around dawn, dusk, and overnight. Unfortunately, there are no exact dates when it comes to expecting mosquito season.

Typical peak season months are June, July, and August. Yet mosquitoes will always come around in high numbers as long as temperatures are consistently above 50 degrees.

So in warmer years, mosquito populations can begin to grow as early as February or March and populations won’t lessen till as late as October or November. Overall, these insects will linger as long as the climate stays warm.

4. Where do mosquitoes live?

All Mosquito habitats have one main common denominator: water. Water is absolutely vital to the breeding and survival of these insects. Mosquitoes lay their eggs in or on the surface of standing water, and even the smallest pool of water can get the job done.

The ideal home for a mosquito has three main features: it is cool, shady, and moist. In Dallas, mosquitoes often make their home in drainage ditches, on wet grounds, in irrigated fields, and among the vegetation at the edges of lakes and ponds.

However, you may have noticed that mosquitoes are perfectly content set up camp in your neighborhood and on your property. These insects are flexible and, unfortunately, backyards tend to provide everything a mosquito requires.

5. Why are there so many mosquitoes on my property?

Although you may not be aware of it, there are probably many reasons that your yard is attracting mosquitoes. One helpful way to identify potential mosquito hot spots on your property is to take a close look around your yard and search for any shaded or wet spots. Areas like this are where they flourish.

The mosquitoes could be attracted by the shelter that your deck or porch provides. They are also drawn to thick shrubs, trees, logs, and potted plants. All of these areas provide the cool shelter that they desire.

It is important to remember that mosquitoes use water for laying eggs. Take a look around your property to identify any areas of standing water such as toys, buckets, containers, and even pools.

Whether the water is clean or polluted, these insects will use it. All of these areas of standing water are significant attractants for mosquitoes!

Without a professional pest control service, keeping mosquitoes at bay can be rather tricky and requires a bit of effort. Diligence is key! The best way to keep mosquitoes off your property is to make your yard less desirable to them.

When your sprinklers or hose are running, try to move any items where water could pool up. Areas of standing water are a mosquito’s best friend! Avoid leaving out any empty pots, toys, or yard items that could fill with even an inch of water. Eliminating any potential breeding grounds is critical.

You can also purchase products at your local store to try to keep mosquitoes away. Options include personal bug spray, bug spray for the yard, fly zappers, candles, sticky traps, and so much more.

You can even buy larvicides for areas of standing water that can’t be removed. When using a do-it-yourself method of mosquito control, always be sure to be safe and follow labeled directions.

For more information, read our article on tips for mosquito treatment for your yard.

Many of the products for mosquito control that you purchase at the store will work – and many won’t.

The main problem is that most of these products are temporary fixes.

Like a band-aid on a head wound, there is usually just too much ground to cover. For many people, bug spray or dryer sheets in the pocket just won’t cut it.

Professional pest control is the best way to protect yourself and your family from annoying bites as well as the risks of diseases carried by mosquitoes.

The experts can identify everything on your property that might be attracting mosquitoes, and they’ll have all the tools needed to keep them away for good.

Gecko Green has an expert team of licensed and certified specialists that will be able to eradicate mosquitoes from your property.  Call us today, and we guarantee we can help you with all your mosquito needs! 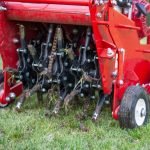 How to Aerate Your Lawn in Dallas 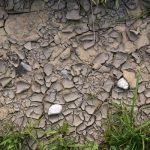 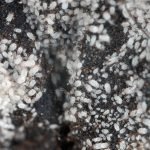 How to Get Rid of Flour Mites 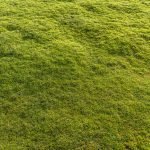 Tips To Fix an Uneven Lawn 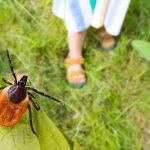 How to Get Rid of Ticks in Your Lawn