How to Get Rid of Fire Ants

If you are a Texas homeowner, chances are you’re dealing with a fire ant infestation this summer. Studies show that fire ants are plaguing lawns in over two thirds of the counties in Texas, and while they’re busy building their mounds this summer, you’re busy trying to figure out how to get rid of fire ants.

The sting of a fire ant is not only painful to you and your family members and pets, it can also be dangerous, as their stings can often cause painful allergic reactions.

These pests are also an expensive problem; a recent study by Texas A&M University sites that fire ants currently cost the state of Texas over 1 billion dollars per year. Fire ants can also be very difficult to eliminate for a homeowner due to their biology and social habits.

Fire ants live in colonies in the soil, and create both an above ground mound, as well as an underground system of tunnels that extends anywhere from 1-3 feet below the ground. In fact, the mounds you see in your lawn are the smaller part of the colonies.

The underground tunnels make up the majority of the living space and colony, and can extend as deep as the water table, providing the ants with the moisture and water source they need to survive in the hot summer months. They will also create foraging tunnels which extend several feet off of the colony and serve as a means for the ants to travel and forage for food.

They will move both vertically and horizontally in the colony, burrowing deeper into the ground during the hottest and driest seasons. When they do retreat lower into your lawn, the dome shaped mound will shrink, but the infestation will remain as strong as ever.

Winged male and female fire ants reproduce in what are called “mating flights.” When temperatures are between 70 and 95 degrees and humidity is high, the male and female ants will fly hundreds of feet into the air to mate. The male will die soon after, but the female will land in your lawn, break off her wings, and search for a place to create a new colony, of which she will be queen.

The newly fertilized queen will burrow into the soil, and begin to lay her eggs, never returning to the surface again. A female queen can live for up to 7 years, and lay up to 1,000 eggs per day. Once populated, a mature colony can sustain up to 400,000 fire ants, ranging in size from 1/16 inch to ¼ inch in length.

Most of the ants in the colony will live for 60-90 days, with their shortest life span in the hot summer months. When temperatures are at their highest, their life span decreases to about 35 days, and as temperatures cool, they can live for months before they go dormant in the cold of winter.

The “worker ants” in the colony serve two main purposes for the colony and the queen; they gather food and bring it back to feed the colony, and they protect the queen. When the mound is disturbed, the workers rush to the top of the mound to swarm and sting their attacker, while the queen burrows deeper into the colony.

WHY THEY ARE DIFFICULT TO CONTROL

The biology and the life cycle of the fire ant make them difficult to control, so understanding some basic information can help you understand why your at home methods may not be effective in eradicating them. The newly mated and fertilized queen can travel a surprisingly long distance in search of soil to colonize. If you’re lawn isn’t treated for fire ants to protect itself from these queens, it can be rapidly transformed into a prime colonization area.

Secondly, many of the at home treatments you’ll find will effectively kill the worker ants, but not the queens. You may even see the mound disappear when this happens, but the queen will continue to reproduce below the surface, and a new mound will quickly re-form and populate.

Additionally, solutions that aim to treat each mound individually will typically miss smaller mounds or those that are in the process of forming. With the larger mounds eliminated, these smaller ones will quickly flourish and grow in the absence of the larger mounds competition.

At Gecko Green, we have two different approaches to dealing with Fire Ants:

At Gecko Green, we stand behind our products, as well as our trained technicians. Your satisfaction is always our guarantee as we aim to create a more safe and comfortable outdoor experience for you and your family this summer. Call us to schedule a free consultation any time! 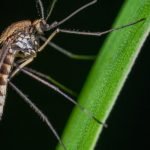 Mosquito Treatment for Your Yard 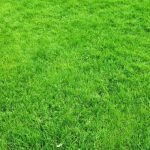 What is Lawn Aeration, Why & When Should I Aerate My Lawn? 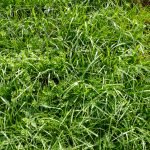 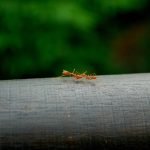 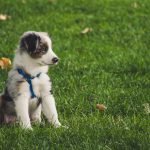